REF ROW: Việt Nam vs Oman in the 2022 World Cup qualifier on Tuesday. Coach Park Hang-seo wasn’t happy with some of the decisions by referee Adham Makhadmeh. — Photo courtesy of the VFF

HÀ NỘI — Coach Park Hang-seo wasn’t happy with referee Adham Makhadmeh after the 1-3 loss to Oman in the 2022 World Cup qualifier on Tuesday.

During their fourth successive defeat in the World Cup qualifiers, a number of borderline decision went against his team, while Oman were given the benefit of doubt by the Jordanian official who awarded two penalties to the home side.

VAR technology also went against Việt Nam, and Coach Park was particularly aggrieved when Nguyễn Quang Hải was fouled in the box, but the ref waved play-on.

Despite his anger, the coach bit his lip during post-match interviews.

“Four games have passed, I have many things to say about the referees,” he said.

“But today I will limit it. The referee in this match didn’t manage it well. The referee should look at his own performance.”

With two games in a such a short space of time, Park made a number of changes for his starting eleven. He insisted this was not his decision alone.

“The selection of players is not my personal opinion but comes from many members of the coaching staff. We were all hesitant when choosing. When building a team, we want to win. Every player made an effort, not only striker Phượng,” said Park.

“The atmosphere after the game was quite quiet,” said Park. “Perhaps the players are dissatisfied with the referee. I have told them that no one wants to lose, but the team have many games ahead, including the game with Saudi Arabia and Japan in November.”

After four defeats and remaining at the bottom of Group B, the South Korean coach Park admitted: “This is the first time Việt Nam have reached the final qualifying round. Both myself and the fans are looking forward to the achievement, but actually, we need more time to improve.”

Meanwhile, midfielder Đỗ Duy Mạnh also said that the team was at a disadvantage by some of the inaccurate decisions made by the officials on the night.

“I think that the referee made some wrong calls but we always have to accept the decisions made by the referee,” said Mạnh.

Throughout the match, the referee constantly had to refer to VAR, notably the double VAR situation in the first half, when striker Nguyễn Tiến Linh opened the scoring for Việt Nam.

Video replays were watched for several minutes before the goal was finally given.

“This was a difficult match. We all tried our best, but the result was very unfavourable for the Vietnamese team,” said Mạnh.

Meanwhile, Oman coach Branko Ivankovic admitted that the Vietnamese caused his team many difficulties, and Oman’s victory came through solidarity and effort.

“It was a difficult game which eroded the physical and mental health of my players. I can only say that I am very proud of my players as they have brought joy to the fans and family,” said Ivankovic.

With the first set of qualifying games over, Việt Nam will travel home later today, with the squad needing to quarantine according to health regulations.

The players will be given time off before returning to prepare for two home matches against Japan on November 11 and Saudi Arabia on November 16. — 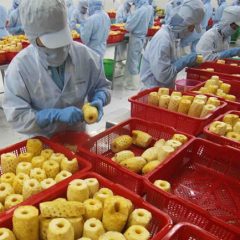