Credit services can be a double-edged sword.

While many young people in Ho Chi Minh City find them a good tool to enjoy promotion and discounts, others slip into unpayable debts.

“I want it, I get it,” said Le Quang, a 27-year-old blue-collar worker in Tan Phu District, Ho Chi Minh City.

“It’s nonsense to save up enough money for things you desire.

“If I apply for a loan, an interest rate will be the same.”

With more than four years of experience and five credit cards, 28-year-old Duong Gia Hung in Tan Binh District said he was a ‘worshipper’ of technology and cashless payment.

Besides meeting standards on income and passbooks, to enjoy the highest credit card limit of VND56 million (US$2,400), he has to fully comprehend how the system works and have a ‘flawless’ history of transactions.

Although card maintenance fees range from VND3 million ($130) to VND4 million ($173) per year, Hung said it was a fair trade-off and he knew ways to derive benefits.

“Allowing holders to buy first, pay later and offering good deals are the attraction of credit cards,” he said.

“As I have to spend on so many things, special offers can make up for card maintenance fees and even generate profits.”

Ho Thi Ngan, 31, in District 3 said she ‘hunted’ for deals, cashback, and points by using credit cards to pay for her acquaintances’ air tickets, bills, and shopping.

The plan, however, did backfire: a friend once refused to pay her back for an item, causing her to lose all of the money and bear an additional penalty for late payment.

The number of people losing the ability to pay and fleeing to escape loans is on the rise, according to Ngan.

“One of my friends is too into deals that he could not control his spending,” she said.

“He had to flee to avoid paying debts.

“Of course, his name is on the black list now.”

For young professionals who generate stable income, using finance solutions including credit for daily expenditure can help to save even more.

Painstakingly cleaning a brand-new motorbike in front of his tenanted house in Tan Phu District, Quang Thai, 37, originally from the Mekong Delta province of Ben Tre, proudly told Tien Phong (Youth) newspaper that it was a reward after a belt-tightening period.

“We’d ridden a ramshackle motorbike for years,” he said.

“Although fixing expenses may reach millions of dong per month, we had to endure the pain because of having no money to buy a better bike.

“Realiszing that saving is not a solution, we made an installment instead.

“Eventually, we paid off the loan.”

Adoring his new motorbike, bought at VND100 million ($4,336), 26-year-old personal trainer Tran Trung in District 9, which is now Thu Duc City, said he weighed all pros and cons before pulling out a wallet as his savings at the time were only VND45 million ($1,950).

“I have to pay VND5 million [$216] a month, for both the principal and interest, in 18 months,” said Trung, adding he had to state his income to apply for the loan.

“I’m not so sure whether I can make it.”

To Le Hong Gam, 27, in Tan Binh District, owning a motorbike is not as simple as it sounds.

However, by mid-2020, she had been laid off under the pressure of COVID-19, disabling her paying off the debt.

“VND13 million is just enough to cover the loan,” she cried.

“As I had not obtained a vehicle registration, the pawnshop only gave me additional VND6 million [$259] to buy out the motorbike.

“I did not only lose my motorbike but also dozens of millions of dong, eventually.”

Tam, the 32-year-old owner of the H.T. pawnshop in Tan Phu District, said even before the pandemic, it was not strange to know a lot of people running up huge debts on their credit cards.

“It is easy to turn a person into a debtor if he cannot tell the difference between credit and usury,” he said.

“For pawning, you still have ways to cover debts while making loans with credit cards, you may be pushed into a dead end.” 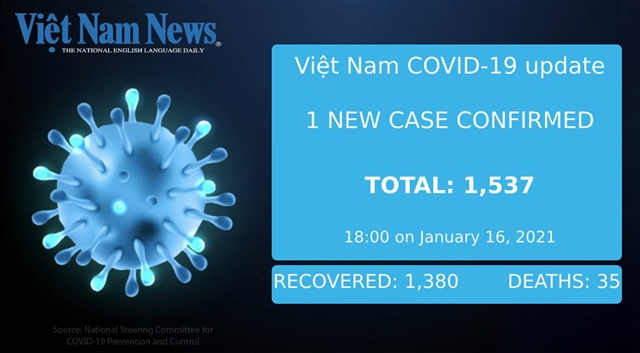