Borussia Dortmund were brought crashing down to earth in Hà Nội on Wednesday night, losing to the Vietnamese national team by two goals to one.

And although this was only a friendly game with many of the German stars absent from the starting eleven due to the Qatar World Cup, the victory gave the Bundesliga team food for thought about Vietnamese players.

Dortmund’s Managing Director Asia, Suresh Letchmanan, has been tasked with not only building a strong bridge between Germany and Asia, but also potentially finding, and developing, future stars.

He feels there are plenty of decent Vietnamese footballers currently playing professionally, but future talent needs to be natured at a young age.

“You could see the talents that the Vietnamese players have at that very young age,” he said before the match in an exclusive interview with Việt Nam News.

“And they are competitive. If you look at the AFC Champions League, there are some quite good, talented Vietnamese players that are playing in that league, in the league as well here.”

In regards to Vietnamese players making the step up to play for top teams in Europe, Letchmanan said: “It’s probably going to take a while for them to reach that level. But I think that it has to start from a very young age.

“We are here to share experience, to share knowledge and to also learn in terms from what we feel that they need a little bit more support in that sense.”

German’s Bundesliga has a reputation for discovering and developing talent from Asia.

He has played for Tottenham Hotspur in the English Premier League since 2015 where he is regarded as one of the top strikers in the country. Dortmund’s Managing Director in Germany, Carsten Cramer, also watched from the sidelines as the Vietnamese national team recorded their shock victory at the Mỹ Đình Stadium.

He believes it’s just a matter of time before a player from Việt Nam is snapped up by a team in Germany.

“We already invited the Under 17 team to Dortmund and we collected and the Vietnamese guys collected a very positive experience and feedback,” Cramer told Viet Nam News.

“So I think it’s maybe a question of time that Vietnamese players will make a step into the European football market, like the Japanese or South Korean ones already did.

“It’s a long run, and as long as you have the patience to make it step by step, it won’t happen in two or three years.

“But if you have the patience to, to wait a bit I’m very sure it’s just a question of time.”

On the pitch on Wednesday night, goals from strikers Nguyễn Tiến Linh and Phạm Tuấn Hải helped Việt Nam come from behind to seal the victory.

The winning goal from Hải came in the dying minutes from the penalty spot.

One noticeable absentee from the Dortmund squad was their prized-midfielder Jude Bellingham, who has been subject to transfer speculation linking him with a big money move to one of the top clubs in Europe, with Liverpool FC among the favourites to secure his services.

Bellingham is currently with England at the Qatar World Cup, and Cramer said despite Liverpool’s strong connections with Dortmund, it won’t guarantee any special favours when it comes to doing a deal.

Although he did admit to having a soft spot for Liverpool, saying the team managed by former Dortmund manager Jurgen Klopp is his preferred EPL team, Cramer said: “Maybe there is a success existing between Jude Bellingham and (England’s) success in the World Cup.

“He (Jude) has a contract. I’m a sales person regarding commercial business, but not regarding the player’s business.

“We are happy to have him on board a hundred percent and the longer Jude will play for us, the better it will be.

“We have a high sympathy for Liverpool for sure. We are still in a good relationship to Jurgen and many others at Liverpool, so for me, it’s my preferred club in EPL as well. But don’t expect that we will make gifts to Liverpool.” — VNS

Tears of joy in Japan after nail-biting win over Spain Baseball players take part in a selection round. Coaches will pick the best 18 for the national team participating in the DGB Cup in Laos next month. Photo webthethao.vn

HÀ NỘI – Việt Nam will participate in the DGB Cup, an international baseball tournament from February 21-26 in Laos.

This is the team’s first international tournament since the Việt Nam Baseball and Softball Federation was established in April 2021.

The coaching board and South Korean expert Park Hyo Chul will select 18 athletes from 41 candidates who performed well at the National Baseball Clubs Cup in July 2022 in HCM City.

The cup was the first official tournament in the national competition system and featured nearly 170 athletes from eight clubs. In the final, Sài Gòn Storm beat Hanoi Archers A 12-4 to lift the trophy.

The two sides contributed 16 players to the draft list for the national team.

These 41 players will participate in another round of trials before the coaches whittle the number down to the 18 selected to play in the cup. The athletes will then have several weeks to prepare for the Lao event.

In the past, the Việt Nam national baseball team took part in the 26th SEA Games in Indonesia.

Furthermore, U12, U13, and U16 squads with athletes from HCM City and Hà Nội clubs also participated in international tournaments where they achieved strong results. VNS Nguyễn Tiến Linh was the joint top scorer at the 2022 AFF Cup. He is also a candidate for the national Golden Ball award. VNA/VNS Photo

HÀ NỘI — Nguyễn Tiến Linh might not have brought the AFF Cup home, but he did make history as the tournament’s first Vietnamese top scorer with six goals.

Linh finished the tournament level on goals with Thailand’s Teerasil Dangda, with whom he shares the Top Goal Scorer award.

In the group stage, Linh scored three goals in matches against Laos, Malaysia, and Myanmar.

In the last-four round, he netted two more in the semi-final second leg against Indonesia.

In the final first leg against Thailand, he opened the scoring for the Golden Star Warriors, his sixth goal in the tournament. However, he failed to convert several opportunities in the second leg.

Four of his goals were headers, leading to Linh being dubbed the ‘king of aerial duels’ at the regional championship.

On January 16, Việt Nam lost the final 3-2 on aggregate to Thailand.

Since their first AFF Cup appearance in 1996, Việt Nam have won the trophy twice, and three of their players were voted Most Valuable Player of the tournament, but Linh is the first to finish as top scorer.

In the 2002 edition, Lê Huỳnh Đức also finished the tournament with six goals, but the title went to Indonesian Bambang Pamungkas with eight. Linh is currently one of the three best Vietnamese strikers on the national team. In his 38 caps, Linh has netted 19 times, an average of one goal every two matches.

He is still far behind top-placed Lê Công Vinh (51 goals) and second-positioned Đức (27 goals) in Việt Nam’s all-time scoring leaderboard, but the 26-year-old will have many opportunities to narrow the gap in the future.

Linh’s outstanding performances and AFF Cup achievements have made him a favourite to win the Golden Ball award, honouring the best footballer of 2022, which will be announced in the middle of February.

As well as his international success, Linh was also the second-highest scorer in the 2022 V.League. The Becamex Bình Dương striker finished the season with nine goals.

His biggest rivals in the race to win the statue are striker Phạm Tuấn Hải and midfielder Nguyễn Văn Quyết, both of champion Hà Nội FC.

Hải finished the season with a tally of ten goals, while Quyết was the best V.League player as voted by the organising board. However, neither of them has done as well on the international stage.

“At this point, Linh has his biggest chance to bring home the Golden Ball. His contribution to the national team is impressive, and he also shone with the U23s squad, winning the 31st SEA Games gold medal,” said pundit Ngô Quang Tùng. VNS Coach Paulo Foiani (2nd right) instructs Hà Nội Police FC players during a friendly tournament that ended on January 16 in the capital. The Brazilian hopes to lead his club to a top-three finish in the 2023 V.League 1. Photo of Hà Nội Police FC

The tournament will begin on February 3 and will end after five and a half months, the shortest event in history. It made the switch to synchronise with the FIFA’s and AFC’s competition systems.

In their name-changing ceremony earlier this month, the international coaching team and new faces were introduced. Despite playing in the First Division for the very first time, they are aiming for a top-three finish.

Brazilian Paulo Foiani has signed as head coach. Before coming to Việt Nam, he took charge of 21 clubs in his home country. Among them were Sociedade Esportiva Juazeirense who finished second at the 2015 Copa Governador Da Bahia; Sinop Futebol and Sportivo who grabbed slots in the 2019 and 2021 Copa Do Brazil, respectively.

In his playing time, the midfielder was captain of Coritiba FC from 1997 to 2001.

“I want to build up a beautiful playing style, the Brazilian style, at Hà Nội Police. This is a club with determined and energic players that will hunt victories,” said Foniani, 46.

“I am excited about the new job and will try my best to glue players together into a strong and united team to achieve good results this season.”

Foiani will be assisted by Flavio Cruz. The Brazilian has been working in Việt Nam for seven years as both a player and coach with Huda Huế, Bình Định, Gia Định and Navibank Sài Gòn in both V.League 1 and V.League 2.

“I believe that Vietnamese football has made impressive progress with good preparation,” he said.

“Our football training centre at the PFV campus provides high-quality facility and training conditions. I think that Hà Nội Police’s young and determined players with good technique and tactical mind will help the team become a competitive opposition in the league and we will go far.”

The club has signed a two-year contract with defender Hồ Tấn Tài who was part of the national team that reached the final of the AFF Cup. Tài signed a five-year deal with Bình Định FC early last year after almost two years playing for his hometown club. He was a key player to help the team finish third in the 2022 season. But recently, the club faced a financial crisis of VNĐ38.5 billion of debt including players’ salaries and bonuses. This is thought to be the reason that Tài’s left.

“I will try to compete, give my best, and help my team finish high in the V.League so that we will not disappoint our fans, coaches and owners,” he said.

Despite being a defender, Tài scored five goals in the 2022 V.League 1, two for the national team at the 2022 World Cup qualifications and one at the AFF Cup.

Duo Bùi Tiến Dụng and Sầm Ngọc Đức are also among the 10 new faces. They are expected to strengthen the team’s defence.

At the same time, they will guide young teammates who are home-grown players of the team in the tough V.League 1. In the first-round match, Hà Nội Police will host Bình Định at the Hàng Đẫy Stadium.

Following the tournament format, 14 teams will play in round robin in the first period. In the second, the top six teams will vie for the championship trophy while the rest will fight to avoid relegation. VNS 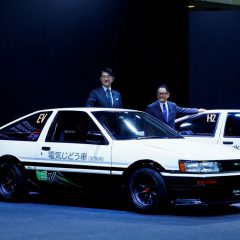