The first commercial flights have been provided in the new normal period. However, the application of different regulations in different localities have caused problems.

The ink was barely dry on the regulations when state agencies had to amend them to make them suit the new circumstances.

1. The Hanoi Healthcare Department on October 10, 2021 released a regulation requesting passengers from HCM City to spend 7-day concentrated quarantine at the quarantine zones of the city, or at the accommodation facilities licensed by the city. Passengers were warned that they will have to pay quarantine and testing fees.

As for the passengers from Da Nang to Noi Bai International Airport who stay in Hanoi, they were asked to quarantine at home/accommodation facilities for 7 days and test twice on the first day and the sixth day, before the quarantine time ends, and to continue monitoring their health conditions for another 7 days.

On October 12, people read in newspapers that Hanoi suggestex hanging a signboard with the words ‘there are people monitoring health condition to fight Covid-19’ over the houses where there are people from HCM City and Da Nang.

But later, on the afternoon of the same day, Hanoi no longer required to hang such a signboard.

Experts say the promulgation and abrogation of regulation within three days shows the confusion of the Hanoi authorities when designing solutions to ensure safety for the city when it reopens.

2. The events on the first day of the domestic air route reopening showed that the management of different localities didn’t match. Twenty seven commercial flights could not take off on the day because of the typhoon and because of the lack of necessary legal documents.

Vietnam Airlines, the national flag air carrier, failed to provide flights on 5 air routes. The HCM City – Hanoi flight was canceled because there was no guidance on concentrated quarantine in Hanoi as the destination point.

On October 10, when passengers came to Tan Son Nhat Airport to fly to Da Nang, they were informed that the flight could not be implemented because Da Nang still refused commercial flights.

Explaining the refusal of the flights from HCM City, Doan Hung, Deputy Director of Middle Airports Authority (MAA), said there was no legal document guiding how to receive passengers coming to the city.

In an effort to create favorable conditions for Da Nang residents, on the afternoon of the same day, the municipal authorities released a document on some measures to prevent and control the pandemic, applied to air passengers.

Da Nang requires information about passengers who have residence and work in Da Nang submitted after the flight to the management teams at wards/communes to serve supervision; and confirm with MAA that passengers have arrived at residence/accommodation facilities.

Da Nang asked MAA and the Da Nang International Airport to tell airlines not to sell tickets to citizens who still cannot satisfy the requirements set by the Ministry of Transport (MOT).

At the meeting on October 11 afternoon, CAAV (the Civil Aviation Authority of Vietnam) Head Dinh Viet Thang urged local authorities to soon agree on the conditions passengers must have to be able to take flights.

Thang said many passengers who took a flight from HCM City to Da Nang on October 10 wanted to continue going to Quang Nam and Thua Thien – Hue after landing in Da Nang, but they were not allowed to do so. The passengers were taken to concentrated quarantine zones and asked to pay the quarantine fee.

On October 12, Da Nang City released a dispatch on new measures to fight the pandemic applied to returnees from other localities. The returnees from Quang Nam province are no longer required to show negative testing results. This has been hailed as a move that creates favorable conditions for traveling in new normal so as to help restore production and business.

The cities/provinces which have airports need to set clear requirements on the measures to control the pandemic, applied to passengers flying to Hanoi but not staying there.

CAAV has proposed that passengers from green zones are only required to show negative testing results within the last 72 hours to create favorable conditions for people to come to large cities to work.

The vaccination rate in Vietnam is still low, except for in Hanoi and HCM City. If these passengers also have to be fully vaccinated, the air routes from Hanoi/HCM City to other cities/provinces will have few passengers. Both revenue and profit enjoyed positive growth, with the technology and telecommunications sectors providing the primary impetus.

Overseas, sales increased in all of the major markets, especially in the US and Europe, due to high COVID-19 vaccination rates and steady economic recovery. FPT has consistently received substantial orders.

Revenue from digital transformation reached VNĐ3.94 trillion over the nine months, up by 59.6 per cent, thanks to growth in key technologies such as cloud computing (Cloud), Artificial Intelligence (AI), and low-code.

FPT secured 16 projects totalling more than $5 million by the end of the third quarter this year.

After three quarters of 2021, the group has achieved 72 per cent of its revenue target and 74 per cent of its profit target for this year, indicating that it is on track to meet its full-year targets.

FPT’s telecommunications sector has generated revenue of VNĐ9.23 trillion, an increase of 11 per cent with a pre-tax profit of VNĐ1.78 trillion, a 21.9 per cent increase over the same period last year.

Due to increased profits from PayTV, combined with the postponement of infrastructure investment due to the pandemic, the pre-tax profit margin of telecommunications services, including broadband and other services, continued to improve in the first nine months of 2021, reaching 20.8 per cent and 14 per cent, respectively. —

Prime Minister Pham Minh Chinh issued a decision on Thursday to approve the construction of an airport in Sa Pa, a famous resort town in the northern Vietnamese province of Lao Cai, at an estimated cost of almost VND7 trillion (US$305 million).

The project, developed under the public-private partnership (PPP) format, is located on a 371-hectare plot in Cam Con Commune, Bao Yen District.

The government will be charged with site clearance while private companies will undertake construction of the project.

The government will contribute VND2.73 trillion ($119.8 million), or 39 percent of the funds, and private investors will cover the rest.

Construction is expected to last four years and the investors are forecast to break even after 46 years.

Sa Pa Airport is one of six new airports approved for construction by 2030.

Vietnam has 22 airports at present.

In the first six months of 2021, Lao Cai welcomed 1.1 million tourists, up 21 percent year on year, according to the Ministry of Culture, Sports, and Tourism. Director of An Phát General Agricultural Service Cooperative in Thanh Trì District Lưu Ngọc Nam said that in order to ensure a stable source of safe vegetables for supermarkets, convenience stores and collective kitchens, the cooperative has linked with 120 farming households in Yên Mỹ Commune, Thanh Trì District to produce more than 20ha of clean vegetables.

In addition, it also signed a contract to cover all vegetables produced in accordance with VietGAP standards in the communes of Yên Mỹ, Duyên Hà, and Vạn Phúc.

Director of Hoàng Long Cooperative in Thanh Oai District Nguyễn Trọng Long said that the cooperative supplied more than two tonnes of pork to the market every day.

Thanks to close links with the distribution system, the A-Z pork consumption chain of the cooperative has been maintained stably during the pandemic.

It is expected that people’s demand for food will increase by 15-20 per cent at the end of the year.

The cooperative was promoting re-herding and taking good care of the herd to supply the market at the end of the year with a possible output of more than 100 tonnes per month, said the director. The modern milk production line of the Ba Vì Farm Milk Joint Stock Company has an initial capacity of about 6 tonnes per day.

To ensure the source of raw milk, the company has co-operated with more than 20 dairy farming households in Ba Vì District, purchasing about 1.5-2 tonnes of milk per day for pasteurised milk production and other dairy products.

With a modern double-sealed technology platform, a processing capacity of approximately 2,000 tonnes per year, the company has now launched more than 20 types of products, with a wide consumption market across the country.

Not only bringing good revenue, the linkage model of cow milk production also brings stable income for dozens of livestock households and about 50 employees.

Assessing the effectiveness of the chain of agricultural product consumption, the director of the Hà Nội Agro – Forestry – Fisheries Quality Assurance Sub-Department Nguyễn Thị Thu Hằng said that 141 chain links from production to consumption in Hà Nội was currently showing good results. The production in the linked chain not only helped increase economic value but also contributed to raise income for workers.

Currently, in the context of the COVID-19 pandemic, measures to stabilise the supply of food are very important.

In order for the chains to continue to be effective in all situations, Vice Chairman of Thanh Oai District People’s Committee Nguyễn Trọng Khiển said that the district has a policy to support funding for communes to increase training courses, raise awareness and production techniques of typical local agricultural products, build brands, and connect with businesses to sign contracts to consume products.

Deputy Director of Hà Nội Department of Agriculture and Rural Development Nguyễn Ngọc Sơn emphasised that in order to support entities participating in the chain, Hà Nội’s agriculture sector was creating favorable conditions for localities to promote the transformation of agricultural economic models in the direction of concentrated farming, thereby forming a large commodity supply chain.

At the same time, it also provided loans from the Hà Nội National Agriculture Extension Center (NAEC) for agricultural producers and developers to apply high technology to ensure a safe supply of agricultural products for consumers. — 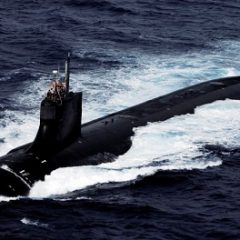 Vietnam responds to incident involving US submarines in East Sea