The Ministry of Health (MOH) on October 14 sent a dispatch to local healthcare departments informing them about the plan to vaccinate children aged 12-17. 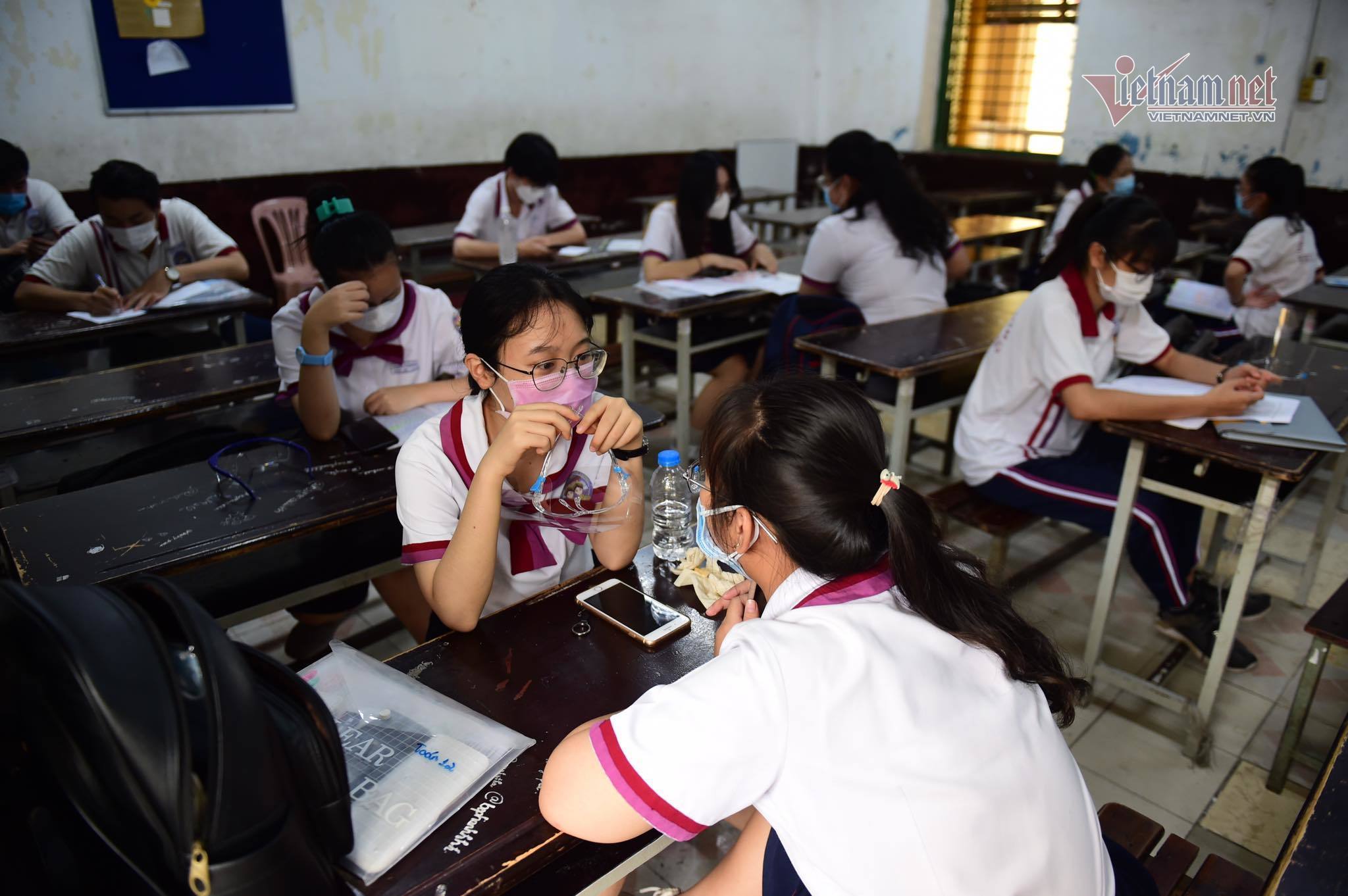 The document said Vietnam will expand the vaccination program step by step, from higher to lower ages (children aged 16-17 will get vaccinations first, followed by children at lower ages).

It’s unclear which vaccines will be used for the program, but parents believe that the Pfizer vaccine will be approved because this is the only vaccine being used in the world for teenagers.

Nguyen Van Long in Tan Binh District in HCM City is one of them.

Long said all his family members have been safe during the fourth pandemic wave. “We strictly follow the 5K principle and we regularly clean our nose and throat, and drink vitamins to improve resistance. I ask my children to spend 30 minutes a day on physical exercise,” he said.

His view is that children have their own resistance which can be strengthened with physical exercise, food and supplemental micronutrients. His two children rarely get sick. He doesn’t intend to have his children vaccinated in the first campaign.

“I will make a decision on whether to vaccinate my children later, when there is more scientific research about the vaccines and when more vaccines receive approval from WHO (World Health Organization),” he said.

Thu Lan in Cau Giay district has also expressed concern that the vaccination may cause undesired effects on students.

“I think I won’t let my children get vaccinated in the first campaign. If unvaccinated students are not allowed to return to school, my children will study online,” she said.

Unlike Long and Lan, Tran Xuan Son, a parent in district 10, HCM City, said he hopes his son, a 10th grader, is vaccinated as soon as possible.

“He went to school and extra classes last year, and has been learning online for the last few months. He doesn’t have opportunities to communicate and go out,” he said, adding that the vaccinations will allow him to return to a normal life.

Le Thi Anh Van in district 3 said she is not worried about the safety of vaccines.

“I believe that the ministry thoroughly considered before deciding which vaccines would be used for teens. Many countries in the world are also vaccinating children to ensure a safe return to school,” she said.

“What worries me now is the physical and mental health condition of children who have had to study online for a long time, not the rumors about the side effects of vaccines,” she said.

Nguyen Ngoc Hieu in Ba Dinh district in Hanoisaid he will let his child, a seventh grader, get vaccinated.

“Children cannot stay at home forever. They need to go out and return to their normal lives,” he said. “It will be safer to go out if they are fully vaccinated.”

What do schools say?

Huynh Thanh Phu, Headmaster of Nguyen Du High School in district 10, said it would be better to organize immunization at schools.

“Schools are large enough to ensure necessary distance between students. If students get vaccinations at schools, we will be able to know exactly the number of vaccinated and unvaccinated students,” he explained.

According to Phu, parents and students have the right to decide whether to get vaccinated.

A school headmaster in Binh Thanh district, however, said students should be allowed to get vaccinated anywhere that is convenient for them, not only at schools.

Deputy Minister of Education and Training Ngo Thi Minh said the ministry would release a document on building a safe school environment in the new normal situation this week.

“We will conduct more studies and consult with the Government and MOH on whether unvaccinated students can return to school at the same time as vaccinated ones,” she said.

Awareness is key to keeping safe in Hà Nội in the new normal: experts

— The Binh Thuan Province Border Guard Command on Saturday said they were investigating a case in which a fishing boat with eight fishermen on board was rammed by a transport ship while they were fishing in the waters of the south-central city of Phan Thiet the night before.

— Vietnam’s seafood exports have fully recovered after the COVID-19 pandemic, with export turnover reaching US$10 billion by the end of November and being forecast to top $11 billion by the end of this year, general secretary of the Vietnam Association of Seafood Exporters and Producers Truong Dinh Hoe reported at a seminar in Can Tho City on Saturday.

— More than 90 percent of local businesses temporarily stopped operating, over 14,000 employees of tourism had to temporarily stop working, were shifted to part-time work or even laid off in 2021-22 in the central province of Quang Nam, the province’s tourism department reported at a seminar on COVID-19 response and recovery held by UNESCO and Quang Nam Tourism Association on Saturday.

— Famous Singaporean designer Frederick Lee has introduced his latest collection titled ‘Take Me Back To Lost Memories And Untold Tale’ at the Vietnam International Fashion Week from November 24 to 27 in Hanoi.

Some 14 elementary students in My Tho City of Tien Giang Province, Vietnam’s Mekong Delta region, were hospitalized for food poisoning treatment after drinking a milk product at their school on Friday.

They were admitted to Tien Giang General Hospital, which confirmed the admission on the night of the same day.

The children suffered from nausea and stomachache.

Their health basically resumed stable condition after treatment and all were released at 7:00 pm on Friday.

They are students of Nguyen Trai Elementary School in My Tho, the capital city of Tien Giang.

Phan Minh Tan, principal of the school, said the children drank a milk product provided by a company in Ho Chi Minh City at around 2:00 pm on Friday and 14 of them started feeling sick shortly after.

Health authorities in Tien Giang have tested the samples of the dairy product to investigate the cause of the case.

The death penalty was handed down to Nguyen Vo Quynh Trang, 27, for ‘murder,’ along with a three-year imprisonment for ‘torturing others.’

The criminal behavior of the defendants is particularly dangerous for society as they committed crimes against a child, according to the city People’s Procuracy.

It is thus necessary to remove them from social life permanently.

Trang and Thai had lived together for over a year, from the time Thai divorced his ex-wife and was given custody of the daughter in 2020.

Trang had frequently beaten the eight-year-old girl and forced her to do chores, investigation found.

When rods broke due to repeated beatings, she switched to wooden implements.

On December 22 last year, Trang beat the girl so badly that she fainted.

The girl was taken to hospital, but was declared dead on arrival.

Her wounds and bruises prompted doctors to contact police.

Thai then deleted all the camera data of his apartment to conceal the crime.