HÀ NỘI — Party General Secretary Nguyễn Phú Trọng hosted a reception for outgoing US Ambassador to Việt Nam Daniel Kritenbrink in Hà Nội on Thursday, during which the Vietnamese leader recognised the diplomat’s contributions to the increasingly practical and effective development of the comprehensive partnership between Việt Nam and the US.

The Party chief asked the ambassador to convey his gratitude to US President Joe Biden for his congratulations on the Vietnamese leader’s re-election as the General Secretary of the Central Committee of the Communist Party of Việt Nam.

Through the ambassador, he invited the US President to visit Việt Nam soon. He expressed his belief that the Việt Nam-US relationship will be further developed in an effective and practical manner in the working tenure of President Biden.

For his part, Kritenbrink lauded the dynamic development of Việt Nam as well as the country’s positive role, position and contributions in regional and global issues.

He said he believed that with strategic, capable and practical leaders, Việt Nam will continue to make stronger steps forwards. The diplomat thanked leaders of the Party, State, ministries, and sectors of Việt Nam for supporting and coordinating with him so that he can complete his mission.

Showing delight at the positive, practical and effective expansion of Việt Nam-US relations over the years, he reaffirmed that the US attaches importance to and hopes to further deepen the comprehensive partnership with Việt Nam in all fields on the basis of mutual respect for each other’s independence, sovereignty, territorial integrity and political institution.

The ambassador showed optimism about the prospects of bilateral ties in the future, pledging that in any position, he will continue to make contributions to the growth of the Việt Nam-US relationship.

US President Joe Biden three weeks ago announced his intent to nominate Kritenbrink to serve as Assistant Secretary of State for East Asian and Pacific Affairs, according to the White House’s website.

Daniel Kritenbrink has been US Ambassador to Việt Nam since 2017. —

Related Topics:diplomacyVietnam-US diplomatic relations
Up Next HCM CITY — HCM City has offered Vientiane and Phnom Penh US$50,000 each to support the two capital cities of Laos and Cambodia in overcoming the hard times due to impacts of the COVID-19 pandemic.

Chairman of the HCM City People’s Committee Nguyễn Thành Phong handed over the assistance to the Consul Generals of Laos and Cambodia in the city following an online working session between him and Vientiane’s Mayor Atsaphangthong Siphandone and Phnom Penh’s Governor Khuong Sreng on Friday.

The HCM City leader underlined that amid the during the pandemic, the city has kept a close watch on the situation in Vientiane and Phnom Penh and helped ease the difficulties they face.

The Party Organisation, administration and people of HCM City have supported Vientiane and Phnom Penh and other localities of Laos and Cambodia by providing medical supplies to them, he noted, adding that the assistance shows the sentiment of Việt Nam and HCM City in particular towards Laos and Cambodia.

Phong affirmed that the city always attaches great importance to and works hard to foster relations with Laos and Cambodia as well as their capital cities.

He said that he hopes the pandemic will be thoroughly controlled so that both sides can recover trade ties, and resume exchange and cooperation.

Atsaphangthong Siphandone expressed his hope the three countries will strengthen their partnerships in controlling the pandemic, stressing that close collaboration among Laos, Cambodia and Việt Nam is a significant factor to the success of the COVID-19 fight in each country, creating an important foundation to boost socio-economic development and ensuring stability and prosperity in the whole region.

Khuong Sreng praised the initiative of HCM City to hold the online working session, which manifests the joint efforts and determination in COVID-19 prevention and control.

The Phnom Penh leader said that Cambodia and Phnom Penh is applying drastic measures to prevent the spreading of the pandemic. — Speaking on behalf of ASEAN states, the Vietnamese official emphasised that amid increasing challenges brought by the COVID-19 pandemic, natural disasters, climate change, competition for natural resources and sovereignty claims, countries need to bolster cooperation and dialogue, build trust and enforce the rule of law, as well as uphold the sense of responsibility, behave according to standards and respect each other to ensure an environment of peace and stability for development.

Highlighting efforts by ASEAN and the US in addressing challenges to regional stability and development, the Deputy Foreign Minister of Việt Nam said ASEAN and the US should strengthen coordination to ensure peace, security and prosperous development in the region through ASEAN-led mechanisms, promote a rules-based regional order and adherence to international laws, and resolve disputes in a peaceful manner.

Dũng also reiterated ASEAN’s principled stance on the South China Sea (East Sea) issue, and voiced his hope that the US will continue to play a constructive role and back ASEAN’s efforts in building the South China Sea into a sea of peace, friendship and cooperation, as well as the bloc’s role in helping Myanmar.

US Principal Deputy Assistant Secretary of State for the Bureau of East Asian and Pacific Affairs Atul Keshap said that US President Joe Biden’s administration attaches importance to the strategic partnership with ASEAN, supports ASEAN’s central role and ASEAN Outlook on the Indo-Pacific (AOIP), and wants to enhance cooperation with the organisation in settling current challenges.

ASEAN countries spoke highly of the US’s contributions to cooperation, development, peace and stability in the region. They appreciated aid worth US$112 million from the US to help the organisation cope with COVID-19.

The two sides agreed to foster collaboration in trade-investment, human resources development, renewable energy, marine cooperation, response to natural disasters and climate change through the US’s development cooperation programmes such as the Partnership for Regional Optimisation within the Political-Security and Socio-Cultural Communities (PROSPECT), the Inclusive Growth in ASEAN through Innovation, Trade and E-Commerce (IGNITE), and in development gap reduction via the Mekong-US Partnership.

ASEAN and the US will closely coordinate to contribute to maintaining peace, safety and stability in the region, including maritime security and safety in the South China Sea, which is among major shipping routes of the world with potential risks and complicated developments.

HCM City — President Nguyễn Xuân Phúc joined other candidates for the upcoming elections of deputies to the 15th National Assembly and People’s Councils in HCM City at a conference reviewing the socio-economic-cultural situation and national defence-security in HCM City’s outlying districts of Củ Chi and Hóc Môn on Thursday.

The event was held three days before the first meeting between voters and candidates in constituency No 10 in Củ Chi, scheduled for Sunday.

Phúc hailed the municipal Election Committee for holding the event to help the candidates understand the local situation and devise plans to meet public needs.

Expressing his honour at being a candidate of Củ Chi, he said Củ Chi and Hóc Môn have advantages in land and socio-economic infrastructure, which provide a launchpad for them to prosper in the future.

He suggested authorities and people in Củ Chi and Hóc Môn districts study high-tech, digital, and organic agricultural models and make the best use of land potential by reviewing land use planning and allocating more land for trade, industry, services, and high-tech agriculture.

More attention should be paid to new-style rural development, the building of ecological urban areas and green belts, and making changes to the structure of the local workforce.

He said the two districts should provide more care to the families of revolutionary contributors, and disadvantaged and vulnerable groups, while maintaining national defence-security and social safety and order and ensuring COVID-19 prevention and control.

Phúc hoped the two districts would uphold their glorious revolutionary tradition and optimise their advantages for growth. Candidates for the upcoming elections of deputies to the NA and all-level People’s Council are scheduled to begin their election campaigns this weekend.

Chairman of the National Assembly (NA) and the National Election Council Vương Đình Huệ this week inspected preparations for the elections in Tuyên Quang City, the northern mountainous province of Tuyên Quang.

The top legislator said Tuyên Quang Province has been making good preparations and conforming with legal regulations, noting that it must ensure absolute safety amid the pandemic.

He asked local authorities to finish handling complaints and denunciations related to candidates by May 13 while promoting IT application during the elections.

As the province is home to a large number of ethnic minority groups, Huệ suggested it consider translating documents related to the elections to the minorities’ languages.

At a working session with provincial leaders, the NA chairman also recorded their proposals on public investment.

The same day, Huệ, other members of the inspection delegation, and officials of Tuyên Quang also presented gifts to 100 disadvantaged and low-income households in communes of Sơn Dương District.

Deputy Prime Minister Phạm Bình Minh and candidates vying for election as deputies for the southern province of Bà Rịa-Vũng Tàu in the 15th National Assembly met with voters in Vũng Tàu City on Thursday.

Candidates briefed those in attendance on the action programmes they plan to implement if elected to the 15th NA.

Minh said he has worked for many years in foreign affairs and diplomacy, including on issues relating to territorial boundaries, the East Sea, and islands.

Local voters said they expect elected deputies to whole-heartedly serve the Party, the State and the people, and pay more attention to the lives of local people.

The Fatherland Front of the Mekong Delta province of Sóc Trăng held a meeting between election candidates and voters from May 3 to 5.

Voters in the province hoped the candidates, if elected, will raise their voice and pay more attention to local infrastructure in the Mekong Delta, especially traffic issues, pollution and protecting agricultural brands and farm produce.

Trần Tấn Phong, a voter in Kế Sách District, said a quarter of the country’s population is in the Mekong Delta but the region currently only has four bridges crossing the Tiền and Hậu rivers, resulting in traffic congestion.

Voters said they hoped the elected deputies would fulfil their promises.

Dương Minh Tiến, another voter, said local farmers faced difficulties in accessing farm produce distribution channels as well as seedlings and materials. This is an urgent issue that needs attention from elected deputies.

Voters said the action plans of the candidates all focus on developing the local economy. Some mention detailed plans such as improving the living environment, investing in infrastructure and increasing and incomes. — 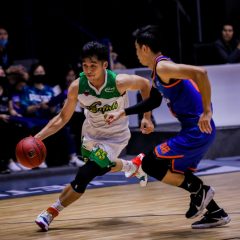