HÀ NỘI — Prime Minister Nguyễn Xuân Phúc has praised the Government Inspectorate for its contributions to Party building work and the fight against corruption while addressing the inspection sector’s teleconference on Tuesday.

The sector reported that in 2016-20, the amount of money it found involved in corruption surged 134 per cent, the sum proposed to be recovered rose 83 per cent, and the recovered money shot up 5.7 times compared to the previous five years.

The numbers of corruption cases and related persons transferred to investigation agencies increased by more than 56 per cent and 92 per cent, respectively.

The Government Inspectorate conducted inspections, uncovered violations, and proposed settlement of many high-profile serious economic mismanagement cases, including Mobifone’s acquisition of a 95-per cent stake at the AVG company, the equitisation of Quy Nhơn Port, and Phase 2 of the expansion project for the Thái Nguyên iron and steel factory.

Overlaps in inspection activities have improved considerably, the sector said, noting that local inspectorates have paid attention to post-inspection settlement.

In 2020, the whole sector conducted 6,199 administrative inspections and 181,227 specialised inspections and examinations, finding economic violations involving almost VNĐ86.369 trillion (US$3.7 billion) and 6,366ha of land. It proposed the recovery of more than VNĐ23.84 trillion and 830ha of land while handing over 97 cases with 99 persons involved to investigation units.

Applauding the inspection sector’s contributions, PM Phúc said the country’s major successes over the last five years, especially in 2020, have helped enhance people’s trust in the Party and State, and the fight against corruption and the settlement of complaints and denunciations have gained significant outcomes.

He spoke highly of the Government Inspectorate’s sense of responsibility towards handling pressing issues in society, adding that the inspection sector’s prestige has improved.

Pointing out shortcomings, he asked the Inspectorate and the sector to build proper inspection plans to serve the implementation of political tasks in their localities, including the realisation of the 13th National Party Congress’s resolution and the socio-economic development plans for 2021 and the next five years.

The PM also requested more attention to sensitive areas, carrying out unannounced inspections, steering clear of overlaps in activities of different agencies’ inspectorates, and co-ordination with relevant authorities in receiving citizens to serve the 13th National Party Congress and the election of deputies to the 15th National Assembly and all-level People’s Councils.

The sector also needs to push ahead with enforcing the Law on Corruption Prevention and Control, revise the 2010 Inspection Law, and build a lean, efficient, and effective apparatus, he said. — HÀ NỘI — Prime Minister Nguyễn Xuân Phúc urged the border guard force to continue to prevent illegal entries to the country in the fight against COVID-19.

The Government leader on Friday paid a visit to the Border Guard High Command to inspect the force’s readiness and to deliver New Year wishes to its officials and soldiers.

PM Phúc praised the force for its achievements in the fight against COVID-19, completing the dual missions of safeguarding the border, ensuring order and safety and preventing virus infection across the border.

According to Major General Lê Đức Thái from the Border Guard High Command, last year the force stationed 1,608 checkpoints with more than 10,000 officials and soldiers on duty to combat the COVID-19 pandemic. As many as 31,774 illegal immigrants were discovered and stopped.

The forces also launched proceedings and handed over 94 cases of organising and brokering illegal migration to competent agencies.

Not only being active in the fight against COVID-19, the border guard force also “plays a pioneering role in natural disaster prevention, control, search and rescue,” as well as in cracking down smuggling cases across borders, said PM Phúc.

Those efforts have protected national sovereignty, he said.

He asked the force to uphold its readiness to prevent illegal entries across borders and respond to natural disasters.

The force must pay attention to external affairs to protect borders and not be inactive in any case. The Ministry of National Defence and the Border Guard needed to modernise border protection equipment and install border surveillance cameras, he said.

The fourth National Party Congress held from December 14-20, 1976, reviewed the resistance war against the US imperialists for national salvation, and guiding the nation towards socialism.

Minister Counsellor Nguyen Phuong Tra, Deputy Permanent Representative of Vietnam to the UN, has urged relevant parties in the Central African Republic to resolve election-related differences through dialogue and negotiation,

on the basis of respecting the country’s laws and Constitution.

Addressing a meeting of the UN Security Council (UNSC) in New York on January 21 to discuss the election turmoil in the Central African Republic, Tra expressed concern about its security situation while emphasising the importance of respecting the Peace Agreement between the Government and armed groups.

She called on the international community to maintain support for the country.

The Vietnamese diplomat also underlined the central role played by regional and sub-regional organisations and the vital contribution of the UN Multidimensional Integrated Stabilisation Mission in the Central African Republic (MINUSCA).

Mankeur Ndiaye, Special Representative of the UN Secretary-General for the Central African Republic and Head of MINUSCA, briefed participants on instability in the country, saying that certain armed groups have opposed the election process.

Ndiaye called on the UNSC to provide personnel and resources assistance to ensure MINUSCA’s operations, towards helping the Central African Republic respond to its current security challenges.

Participants strongly condemned acts in violation of the Peace Agreement and violence perpetrated by armed groups. They also affirmed to support the role of regional organisations such as the African Union and the Economic Community of Central African States (ECCAS), and MINUSCA’s role in ensuring security and fostering dialogue between the parties./. VNA 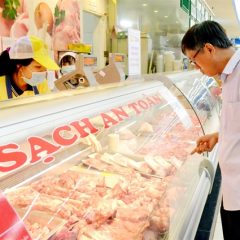