HÀ NỘI — Aviation firms appealed for Government support to overcome the difficulties caused by the COVID-19 pandemic at a seminar recently held by the Vietnam Aviation Business Association (VABA) in Hà Nội.
Nguyễn Khắc Hải, deputy general director of Bamboo Airways, told the seminar last week that private airlines needed the same support that was being afforded to State airlines.

“Bamboo Airways has asked the National Assembly and the Government to consider the same support packages for private airlines that have been approved for Vietnam Airlines.”

Hải said the pandemic had severely affected the operation of airlines, and Bamboo Airways had lost up to 90 per cent of its business at the peak of the pandemic.

Although the firm has not disclosed details of its business results in 2020, Hải said additional costs for quarantine and pandemic prevention had added to the airline’s losses.

In response to this, Hải said Government financial support was necessary for firms to maintain cash flow alongside support policies such as tax breaks.

“Other domestic airlines want access to preferential loans over three to five years from the State to overcome the crisis,” she said, asking the Government to simplify procedures to disburse support packages in a timely manner.

Having been issued a support package of VNĐ4 trillion at 4 per cent interest recently, Nguyễn Tiến Hoàng, deputy head of the Development Planning Department at Vietnam Airlines, said the firm was still facing with difficulties, estimating the recovery would take three to four years.

Hoàng forecast that the local aviation sector would lose $4 billion in 2020, of which Vietnam Airlines’ revenue would fall $608-652 million.

“Although the domestic market has recovered, purchasing power remains weak and ticket prices have dropped sharply. The only international routes operating are repatriation flights. The pandemic has created a long term psychological concern that has halted the aviation industry.”

Hoàng said the Government and Ministry of Transport (MoT) should not consider licensing new airlines before the market recovered.

According to the International Civil Aviation Organization (ICAO), there were two scenarios for the aviation industry. The first was a freefall followed by rapid growth, whilst the second was a three- to five-month baseline.

The ICAO forecast the aviation market would decline 48-71 per cent depending on the pandemic.

Phạm Văn Hảo, deputy director of VABA, said the association was co-ordinating with research firms to submit a plan to the Government regarding reopening international flights.

Hảo said: “In the most positive scenario, the aviation market will take three years to bounce back to where it was in 2019.”

Economist Trần Đình Thiên said given the Government held a 86 per cent stake in Vietnam Airlines, the support package was transparent and marketable. However, he said other airlines also needed refinancing interest rates from the Government to stand firm and bounce back when the global aviation market recovered.

Thiên said local airlines should focus on the domestic market as a means to survive and recover from the pandemic.

“The pandemic has changed the structure of the global aviation industry and created opportunities for local aviation firms to better serve local customers.”

According to the association, in 2019, local airlines carried more than 136 million passengers and operated more than 900,000 flights. However, the pandemic had disrupted economic activities, causing great losses to the aviation industry.

Deputy Minister of Transport Lê Anh Tuấn said the ministry would continue to monitor the situation and formulate policies to help the aviation industry recover. — 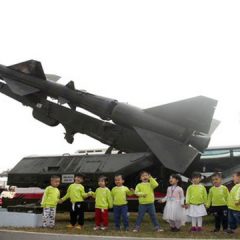