Playing the Khen panpipe and dancing is a custom of the H’mong people. Photo by To Ba Hieu.

The ethnic H’mong romance exchange will be revived in mountainous town Sa Pa, starting this weekend.

The event, expected to attract hundreds of local artists and craftspeople, will take place from 7 p.m. to 10 p.m. on November 28 and December 5 at No. 2 Fansipan Street of the resort town in northern Vietnam’s Lao Cai Province.

It is aimed at presenting and promoting indigenous cultural values, as well as helping young local generations and tourists learn about the town’s traditional ‘love market”.

Locals from across the town are expected to bring baskets of corn and rice as well as dogs and chicken to the fair.

Young men and women will dress in colorful and vivid traditional clothing for the event, exchanging messages of love and endearment via dances, panpipe playing, songs, and traditional games.

The culturally distinctive H’mong’s “hai pu” (bride dragging) custom, similar to a man proposing to a woman, will also feature at the event.

Specifically, young couples usually take their time getting to know each other. When both partners feel ready for love, they would set a date when the young woman is to be dragged to the man’s house. The young man can choose any location he wishes to drag his future bride, assisted by friends or brothers. When the time comes, he takes her hand and tells her he wants to drag her home.

The chosen woman, though having previously promised herself to him, offers up resistance. The man and his friends then carry her off “by force”, though without inflicting harm.

At his house, the woman remains in a separate room, guarded by one of the man’s cousins who tries to persuade her to get married. After three days, if she says “yes”, the family of the man would deliver some wine to the woman’s house to seal the union.

If, however, the woman says “no”, she will return home safely.

Traditionally, the man later delivers an amount of money to her home as a fine payment, along with some food shared with her parents. They then share a glass of wine, symbolizing their future alliance.

Visitors at the event can indulge in round sticky rice cakes, local donuts, seven-color sticky rice, and thang co, which is traditionally made from the meat and offal of horses or buffaloes.

Ha Van Thang, head of Lao Cai Province’s Culture, Sports and Tourism Department, said Sa Pa is expected to welcome 1.2 million domestic and foreign visitors this year, a big decline against the 3.5 million last year due to the Covid-19 pandemic.

Sa Pa is a top travel destination in Vietnam with major attractions like the Mount Fansipan, nicknamed “roof of Indochina”, terraced rice fields, Muong Hoa Valley, and a Gothic stone church at its center.

Vietnamese noodle soup – version of Can Tho

Residents of Tho Chu Island in the southwestern tip of Vietnam have to move to various parts of the island to avoid storms during the annual monsoon season.

TienphongNews
The resort city of Da Lat in the Central Highlands province of Lam Dong aims to welcome more than 4 million visitors, including 150,000 foreigners in 2021, according to the provincial Department of Culture, Sports and Tourism. Hanoi – The resort city of Da Lat in the Central Highlands
province of Lam Dong aims to welcome more than 4 million visitors, including
150,000 foreigners in 2021, according to the provincial Department of Culture,
Sports and Tourism.

In 2020, the city’s tourism sector was affected by the COVID-19 pandemic and it
failed to meet its goal of serving 7.8 million visitors, including over 580,000
international tourists.

The city saw the arrival of around 70,000 holiday-makers during the three-day
New Year 2021 holiday, signalling positive signs for the city’s tourism sector
in the coming year.

TienphongNews
Tourists visiting Hue monuments in the central province of Thua Thien-Hue sharply fell to over 1 million last year due to the COVID-19 pandemic, resulting in revenue of more than 106 billion VND (4.6 million USD), down 72.62 percent year on year. Hanoi – Tourists visiting Hue monuments in
the central province of Thua Thien-Hue sharply fell to over 1 million last year
due to the COVID-19 pandemic, resulting in revenue of more than 106 billion VND
(4.6 million USD), down 72.62 percent year on year.

The figures were released by the Hue Monuments Conservation Centre on January
17.

The
central province is expected to become a cultural, tourism and health care
centre in Southeast Asia by 2030, and a festival city of Asia by 2045.

e is also set to become one of the country’s hubs in the fields of
science, technology, multidisciplinary education and training, and national
defence-security.

During the
2021 -2025 period, Thua Thien-Hue will work to earn the status of a
centrally-run city and complete the expansion of Hue city before 2022 as
planned./. 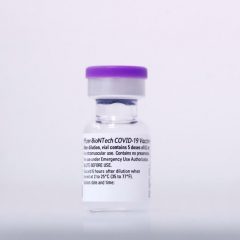