Territories are subject to different tax rates by Steam, but Vietnam is not included, although this platform has subsidized Vietnamese users since 2017.

As for tax management and collection of cross-border platforms like Netflix or Steam, some have said that Valve (the owner of Steam) does not do business in Vietnam, so it is not subject to Vietnamese tax. The games item on Steam is software, so the value added tax (VAT) is 0%.

However, this is incorrect, as Vietnamese law has clearly defined cases of tax payments on cross-border platforms and services since 2014.

Previously, games sold on Steam were calculated at USD rates, with US tax (up to 30%). After the price is converted to the VND, games on Steam are sold at least half the price when paying by international credit card by users with a location in Vietnam. As a result, Vietnamese traffic currently accounts for 0.3% of Steam’s total bandwidth, only 0.1% to 0.2% lower than regional countries such as Malaysia, the Philippines or Indonesia.

Regarding the tax policy applicable to these platforms, experts said the basis for tax calculation is according to Circular No. 103/2014/TT-BTC. Accordingly, owners of Steam and Netflix are considered foreign business organizations that do not have a permanent establishment in Vietnam, or have income generated in Vietnam. Therefore, these are subject to contractor tax, including specific taxes such as value added tax (VAT), corporate income (CIT), personal income tax (PIT) …

However, the basis for calculating the taxable revenue still faces many difficulties, so Facebook, Google, Netflix and Valve (Steam) are still inadequate in paying taxes for Vietnam.

Also according to Circular No. 209/2013/ND-CP, computer software and software services are on the list of items not subject to VAT.

However, according to Decree 71/2007/ND-CP detailing and guiding the implementation of a number of articles of the Law on Information Technology, specifically Articles 8, 9, 10, 11 of Section 1, Chapter 2, games are generally considered digital information content products. Therefore, games on Steam are subject to 10% VAT in accordance with the current law. This is the selling price currently applied when paying by the method of domestic banks affiliated with VTC Pay.

Related Topics:FacebookNetflixsteamtax evasion
Up Next 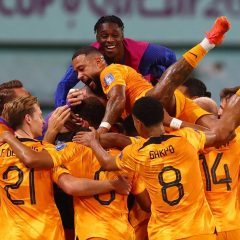