In HCMC and Vietnam, Covid-19 has shut down factories and deprived plenty of garment workers of their jobs. In this industry, which is among the sectors creating the biggest numbers of job opportunities here, a multitude of workers are living below the poverty line and see no light at the end of the tunnel.

Dr. Do Quynh Chi from the Research Center for Employment Relations, was speaking at a seminar on the impact of Covid-19 upon the innovation process of employment relations in Vietnam held in HCMC in early September.

A woman herself, Chi was especially sympathetic for Vietnamese migrant female workers in the textile-garment industry, who she said are hardest-hit by the lingering pandemic. A multitude of these female workers have lost their jobs as orders placed to their factories are cancelled, forcing them to live “under the minimum level.”

“Here, being under the minimum level means… starvation,” said Dr. Chi. “I’ve met those workers who ate one meal a day whose rice was from rice donation and supper was from a soup packet of an instant noodle package.”

Chi told the participants in the seminar the story of Le Thi Hoa, 48, a garment worker in Thanh Hoa City in Thanh Hoa Province, some 1,460 kilometers north of HCMC.

Not long ago, Hoa received a phone call from her second son who is a student of a university in Hanoi. The boy called her mom to ask her to send him money so that he could pay for his school fees and other expenses. But Hoa was in a dilemma. Not long prior to that moment, Hoa had given all her savings to her son on his way to Hanoi to conduct his enrolment to the university. She had also promised to send him more when she received her monthly salary at the end of the month. However, as the new school year had started, and he had to spend more on educational expenses. Hoa told herself that even when she got her pay, which was VND4 million, she was still short of VND1 million for her child. Hoa made a call to her elder son who is working in HCMC to seek help.

Five years ago, Hoa started her work at a footwear factory which was nearly 20 kilometers from her house in Thanh Hoa City. The new job ended her time of being a farmhand after her tailor shop had been closed because it could not compete with cheap ready-made clothes. Hoa was quite aware that long working hours in a garment factory would be tough for a woman her age, she was willing to do it to earn money to help her child who studied at a university and another son who suffered from a kidney disease.

Her husband, a self-employed mason, could receive daily wages. It was not much, just enough for him to pay for the increasing living expenses in Thanh Hoa City’s outlying area. She told herself that if she did overtime jobs, she could earn more to help her kids.

However, things have been getting worse and worse for Hoa since early this year. Plagued by the Covid-19 pandemic, the factory where she was working for was sent into a tailspin because of cancelled orders. Late March to early April, the factory had to fire part of its work force. Hoa retained her job as she is a skilled worker. Hoa had worked in Saigon for several years before she was back to her birthplace to open her own tailor shop. However, jobs were slashed and her wage was cut to VND2 million, less than a half of last year.

Of course, the reduced salary was not enough for Hoa’s sons to pay for accommodation rental, school fees and medicine. Fortunately, her factory’s orders began to come back, meaning Hoa had more jobs to do. However, she could receive VND4 million at most. Her husband was not better, either, because few people needed a mason in the pandemic. The couple’s meals were only boiled vegetables from their small garden and tofu.

Chi said nevertheless, Hoa was still luckly as she could keep their job. She has just conducted two research projects, she told the participants. The first was a survey on the adjustment process of 58 firms impacted by Covid-19 carried out in late April to early May. The other, in late June, was about the connection in footwear, textiles and garments and electronics sectors, surveying 179 companies across cities and provinces.

During the interviews Chi conducted with nearly 300 workers, she met pitiful workers. A woman whose husband had passed away was working at a garment factory to take care of her old mom and two kids. The female worker got fired because of Covid-19 and had to sell lottery tickets to make ends meet. Although the family was extremely frugal, she had to spent what she had paying for her first daughter’s university fees. Their meals were mostly from free rice and instant noodle from benefactors. Many female workers accepted being paid social insurance only once although they would lose their pension. 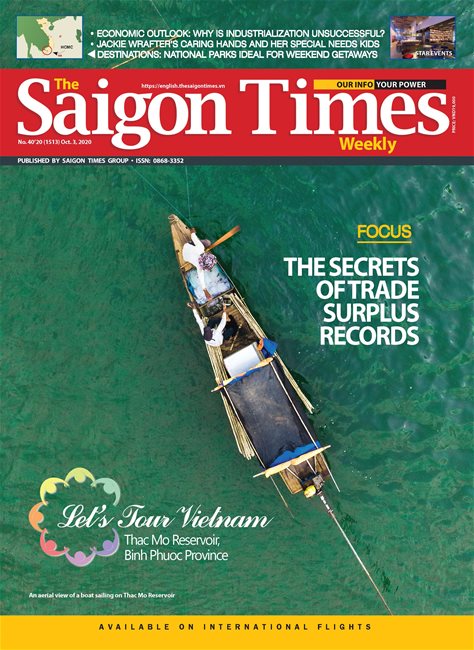 Most of migrant workers from the provinces, according to Chi, who have lost their job or whose salary was cut are not able to return to their birthplaces simply because they could not earn a livelihood there. Hopeless to find a new job, they have become housekeepers or drivers for ride-hailing services.

Furthermore, garment workers saw their income cut deeper than their counterparts in the electronics sector. As a result, the number of garment workers whose salary is under VND50 million per year spiked 8.37% compared to that before the pandemic. In particular, the earnings of female workers are lower than those of male ones. Similarly, earnings of those without qualifications or completing secondary school only are slower than workers having a higher level of education.

Although many enterprises in the leather and textile and garment industries are simply subcontractors, they have to buy materials to fulfill orders. Their situation is even worse now. These enterprises incurred heavier losses when orders were cancelled. Their only option was cutting labor costs, which are the largest share of their operating expenses. Up to 71% of textile and garment firms and 64% of leather firms among the surveyed enterprises said they had to resort to this option.