HÀ NỘI — Việt Nam always stands side by side and stays ready to help Laos, within its ability, to push back the COVID-19 pandemic, Prime Minister Phạm Minh Chính told President of the Lao National Assembly Xaysomphone Phomvihane during their meeting in Hà Nội on Monday.

Both leaders said they were delighted to see that the great friendship, special solidarity and comprehensive cooperation between the two countries have been increasingly strengthened in all areas, from politics, diplomacy, national defence-security, to economy, trade, investment, socio-culture, and education-training.

Amid the COVID-19 pandemic, two-way trade still surpassed US$1 billion in the first ten months of 2021, up over 30.1 per cent from the same period last year. Việt Nam was the third biggest foreign investor in Laos, with 209 projects worth $5.18 billion.

Xaysomphone expressed his profound thanks to the Vietnamese Party, State and people for providing timely and invaluable support to Laos in the fight against the pandemic.

They pledged to continue effectively implementing signed education projects; jointly hold activities to celebrate the 60th founding anniversary of diplomatic ties and the 45th anniversary of the signing of the Việt Nam – Laos Treaty of Amity and Cooperation in 2022; support each other at multilateral forums, especially in issues regarding each country’s security and development, as well as peace, stability and cooperation in the region, including the sustainable use and management of water sources in Mekong River, and the East Sea issue.

Related Topics:Vn Laos
Up Next 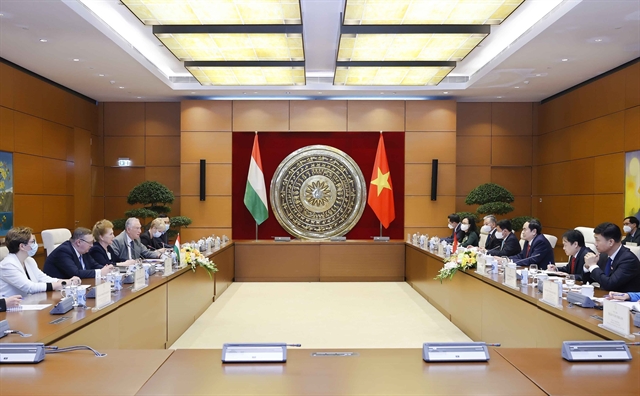