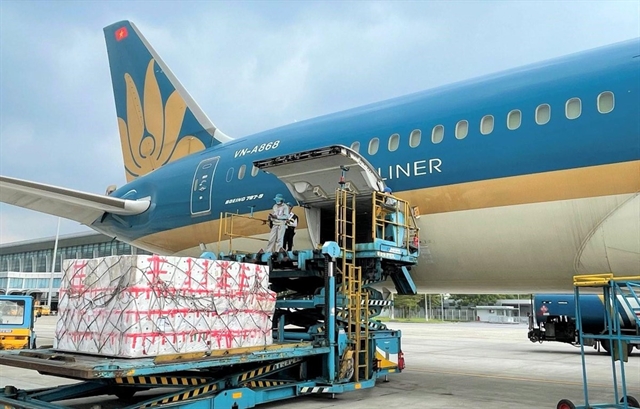 HÀ NỘI — The Ministry of Transport has sought the Prime Minister’s approval to issue a licence for the first cargo airline in Việt Nam, IPP Air Cargo, as freight demand increases rapidly.

The application document of IIP Air Cargo met all requirements for the licence, the ministry said.

The ministry said Việt Nam’s first cargo airline was appropriate to the country’s transport services development strategy for 2030, which targeted the development of a fleet of 8-10 cargo aeroplanes, which would contribute to promoting the logistics industry.

“The cargo airline will contribute to the growth of cargo transport of Vietnamese airlines by around 10-15 per cent per year,” the ministry said in a document on Thursday.

The volume handled by IPP Air Cargo was expected to increase by 18-20 per cent per year.

The ministry also said that Việt Nam’s participation in the ASEAN Single Aviation Market, an agreement on the liberalisation of air transport in 2015, was creating opportunities for IPP Air Cargo to expand markets and increase its competitiveness.

Existing Vietnamese airlines held a share of 11 per cent of the international cargo transport in 2020-21 and 18 per cent in 2019.

Due to the pandemic, the number of flights carrying passengers and goods dropped sharply while demand for cargo transportation increased significantly, pushing up freight rates by 3-4 times.

IPP Air Cargo was established on March 10, 2021, with an initial investment of VNĐ300 billion (US$13 million), with air cargo transportation being its major business line.

The airline planned to initially operate five aircraft, including Boeing 737, Boeing 777, Airbus 330 planes in the first year of operation and double the fleet in the next five years. —