His music video “Hay Trao Cho Anh” (Give It To Me) has made V-pop prince Son Tung MT-P the first Vietnamese artist to appear on Billboard’s LyricFind Global chart.

The chart ranks the top-trending lyric searches through LyricFind’s syndication service, according to the U.S.-based music magazine Billboard.

The song blends several popular genres like the trendy Latin dance music reggaeton, tropical house and hip-hop. In the video, Son Tung plays a rich man living a luxurious life in a mansion with pretty girls surrounding him, but lacks happiness. He meets his love interest, played by Madison Beer, at a party one day and falls for her at first sight. The MV was shot in Los Angeles.

Son Tung, 27, a singer from the northern province of Thai Binh, had entered the Billboard’s Social 50 chart last year. This chart ranks musical artists based on their online popularity by tracking activity on social media platforms.

Tung released his first single in 2013 at the age of 19 and has since become one of the biggest pop stars in Vietnam. His music is a fusion of traditional Vietnamese music, K-Pop and U.S.-U.K. pop.

His several hits have earned him many accolades, including an MTV Europe Music Award and inclusion in the 2018 Forbes 30 Under 30 list for Vietnam.

Check out the music video for “Hay Trao Cho Anh”: Mahatup, Sa Lon and Day Om Pu pagodas are among the most beautiful in Sóc Trăng Province. VNA/ Photo

HCM CITY – The Cửu Long (Mekong) Delta Province of Sóc Trăng has hundreds of Khmer pagodas, but the Mahatup, Sa Lon and Day Om Pu pagodas are considered the most beautiful.

Sóc Trăng, located at the end of Hau River, a tributary of the Mekong River, boasts a convergence of Chinese, Kinh, Khmer and Cham cultural heritage.

Visitors to Mahatup, also known as Dơi (Bat) Pagoda, can enjoy the peaceful atmosphere of the surroundings and discover motifs of Khmer architecture.

The pagoda is adorned with common Khmer architectural motifs such as the naga, a snake deity, and pointed towers on the roof.

Sa Lon, located only 12 km away from Sóc Trăng Town’s center, was originally a simple structure made of wood and leaves in the 19th century. It was reconstructed in 1969.

Day Om Pu Pagoda in a rural district of Sóc Trăng was established in 1951 and opened in 1957.

The typical golden spires usually seen in ornate temples in Southeast Asian countries like Cambodia, Thailand, Laos and Myanmar can be found at Day Om Pu. – The furniture and interiors in the Phùng Hưng house are well maintained. VNA/ Photo

HCM CITY – The 240-year-old Phùng Hưng House in Hội An City is one of the must visit places when you visit the city.

It is located at 4 Nguyễn Thị Minh Khai Street in the ancient town near the Chùa Cầu (Pagoda Bridge). The house was built in 1780 by a Vietnamese merchant when Hội An, a national trading port, was at its peak. In the past, it traded in products like cinnamon, pepper, salt, silk, chinaware and glassware.

The present owners and residents are the eighth generation descendants of the merchant, continuing to preserve the house close to its original state.

Like the town of Hội An in general, the house with its various cultural influences has been well preserved.

It has a solid structure of wooden frames and floors, brick walls and double-tiled roofs. Wooden pillars and beams carry exquisite carvings.

Inside, a large space gets natural light from the Japanese-style roof. The house has a total of 80 pillars made of precious solid wood.

The Phùng Hưng Old House was recognised as a national relic in June 1993. Its design and opulent interiors are evidence that Hoi An was a culturally rich trading port. –

The United Nations Mission in South Sudan has played an important role in promoting political and security progress in South Sudan in the past time, Ambassador Dang Dinh Quy, Permanent Representative of Vietnam to the UN, has said.

At the UN Security Council’s virtual conference with countries joining the UNMISS’ activities on March 2, Quy laid stress on Vietnam’s positive contribution to the UN’s peace keeping activities in the African nation with the implementation of the level-2 field hospital, affirming Vietnam will continue support for the UNMISS’s activities in the coming time.

He expressed his hope that the UNMISS’s activities will suit the changes in South Sudan, including enhancing assistance to the transitional process in the nation as well as improving efficiency of civilians’ protection work.

At the same time, Quy emphasized the significance of ensuring safety for UNMISS forces in the context of COVID-19 as well as favourable conditions for women to join the UNMISS.

The virtual conference was attended by Special Representative of the UN Secretary General for South Sudan and Head of the UNMISS David Shearer. Participants listened to a report from David Shearer, and discussed UNMISS’s operation in the past 12 months.

The UNMISS was established in 2011, and its mandate is extended every year. Its objective is to consolidate peace and security, and help establish conditions for development in South Sudan, with a view to strengthening the capacity of the Government of South Sudan to govern effectively and democratically and establish good relations with its neighbours.

Vietnam officially engaged in the UN’s peace keeping activities and sent representative to the UNMISS in 2014. Currently, the country is running the second level-2 field hospital in Bentiu with 63 staff members, including 10 women. It is preparing to dispatch the third level-2 field hospital to the nation at the end of this month./.VNA 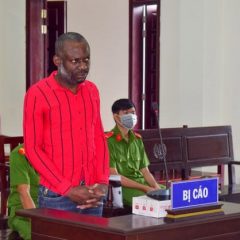